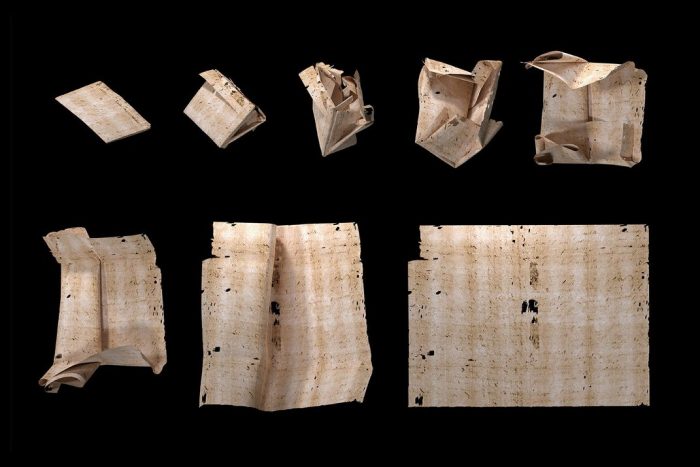 Sometimes the recipient might need to rip the paper to open it. The folding acted as a kind of tamper-evident seal. No need for sealing wax. In some instances, a person familiar with the particular tricks used by the sender might be able to open it without tearing.

“Letterlocking was an everyday activity for centuries, across cultures, borders, and social classes,” says lead author Jana Dambrogio, an MIT Libraries conservator.   “It plays an integral role in the history of secrecy systems as the missing link between physical communications security techniques from the ancient world and modern digital cryptography.”

But now, academics are equipped with 21st-century technology. They have foiled these letterlocking plans, using X-rays and 3-D imaging techniques to read the missives without unfolding them. The researchers virtually opened the letters with an advanced X-ray machine that can produce three-dimensional images like those used in medical scans. They then used computers to analyze the folds and create a readable, digital model of the unfolded letter. The team, including MIT Libraries and Computer Science and Artificial Intelligence Laboratory (CSAIL) researchers and an MIT student and alumna.

For the article from MIT News on the researchers’ work on reading these letterlocked documents. Click

For more on the science of letterlocking.