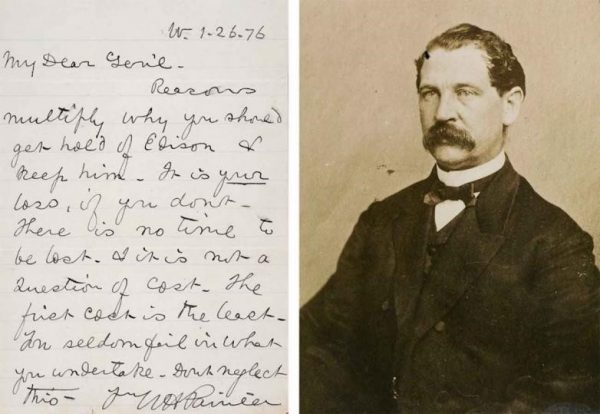 The newly acquired papers comprise Eckert’s own personal files which include correspondence from his early Civil War work. Eckert was in charge of all telegraphic communications for Gen. George B. McClellan’s Army of the Potomac from February to September 1862. Plus it contains previously unknown archives from his post-war career. The collection includes 217 items—letters, telegrams, photographs, receipts, and other materials—that trace the growth, economics, and politics of the U.S. telegraph network as it spread across the nation with the railroads.

For more on the new collection and the other papers of Eckert held by the Huntington  Click Here.