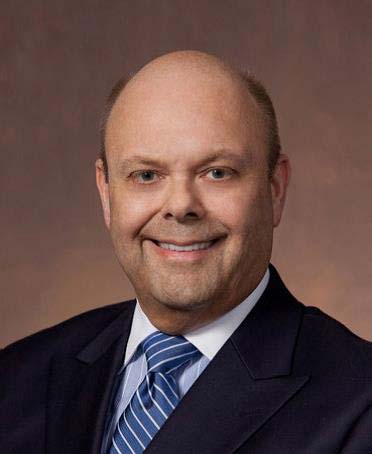 In this piece spotlighting long time members of the Society, society Vice President, Allen Ottens interviews Rick Schnake, founder of History In Ink. Rick is a Springfield, Missouri, attorney, student of history, and current president of the Professional Autograph Dealers Association. He shared his perspectives on collecting and dealing in inked history.

In what areas of autographs, documents, and manuscripts do you specialize?

I offer historical autographs and manuscripts in all fields, concentrating on presidents and first ladies, Supreme Court justices, and World War II material. My inventory includes signers of the Declaration of Independence, world leaders, cabinet officers, members of Congress, and military figures from the Revolutionary, Civil, and Spanish-American wars and other conflicts. I also have artists, authors, inventors, scientists, and aviators and astronauts. Occasionally, I have vintage entertainment and sports items.

How long have you been in business, and what got you started?

I’ve been a collector more than 30 years. Then in 2003, I bought a couple of Harry Truman signatures on eBay and framed one for my office. My wife, Kelly, said I should buy and frame some pieces to sell online. At the time, we were spending money on necessities for our 18-month-old son, Christian, yet here she was encouraging me to buy autographs. A friend helped to create a website, www.HistoryInInk.com, and my business was soon up and running.

In summer 2004, Christian was diagnosed with autism. His special schooling cost $2,500 a month, and every month my little autograph business turned enough money to pay the bill. I believe I was meant to start the business as a way of caring for my son’s autism.

What trends are you seeing in the collecting field?

The internet, for good and bad, has become a factor. When I started collecting, dealers’ catalogs contained few images, mostly black and white. Today’s collector sees high-res color scans of items online, and that’s helpful. So, too, is the immediacy of the web. But the internet provides an outlet for some who think they can be autograph dealers but lack the necessary knowledge and experience. Worse yet, some of those rely on certificates of authenticity from others who may lack the requisite knowledge or skill to know a genuine item from a secretarial or machine-signed one. That’s a recipe for trouble.

What were the most unusual items that you’ve handled?

I sold an 1840 letter written by the Prime Minister of France, Nicholas Jean de Dieu Soult, Duc de Dalmatie, to the man who supervised the exhumation of the body of Emperor Napoleon I and its return to France for reburial. Napoleon was exiled to St. Helena after Waterloo. When he died in 1821, the British governor denied his wish to be buried in France and had him interred instead on St. Helena. Nineteen years later, Britain permitted France to bring the remains home.

Two weeks after Napoleon’s funeral in Paris, Soult wrote to Count Philippe Ferdinand-Auguste de Rohan-Chabot, who had supervised the expedition, to thank him for “the three keys of which two have the honor of belonging to the pewter sarcophagus containing the exhumed coffin of the Emperor Napoleon, and closed at St. Helena by the representatives of the governments of France and Great Britain.” It was amazing to hold that letter in my hands.

Have you uncovered any finds that surprised you?

I’m now selling a letter by William Seward sending certified copies of his commission as secretary of state and Andrew Johnson’s oath of office as president, for use as prosecution exhibits in the Lincoln assassination trial. The charges included conspiring to murder “Abraham Lincoln,” the “President of the United States of America, and Commander-in-chief of the army and navy thereof.” Lincoln’s office was therefore an element of the charge, and the prosecution had to prove that Lincoln had been president. Everyone knew it, of course, but knowing it is not proof.

Another find was Franklin D. Roosevelt’s business-sized checkbook, with three checks per page and stubs that stay in the checkbook, along with bank statements and a number of FDR’s canceled checks over his last six months, including the last one he signed. His signature showed how seriously his health had deteriorated.

What advice do you have for novice or experienced collectors?

Collect what interests you and what you enjoy; don’t try to collect everything. Study the area you collect. You can get deals—and avoid forgeries—if you know the people and the history of the time. Buy the best pieces you can afford, and resist the urge to display everything, especially important items. Display only pieces you could replace with similar ones in case of fire or theft. Establish a close relationship with a knowledgeable dealer. I call my collectors “clients” because I consider them more than customers.

Finally, make sure you get a real authenticity guarantee. A certificate of authen­ticity is only as good as the knowledge of the person who signs it. Reputable dealers provide a money-back guarantee of authenticity for life to the original purchaser. When you know and trust a good dealer, the guarantee may be super­fluous. But a COA from a seller who is not experienced or knowledgeable—especially if it has an illegible signature or lacks enough information to find the seller later—is worthless without an enforceable guarantee.

Is this a good time for collectors?

I think it’s still a buyer’s market in most historical autograph areas. Values haven’t returned to where they were before the 2008 economic collapse. That said, I advise against buying autographs for investment. Quality items usually hold their value or increase over time. But one should collect for enjoyment, because of interest in the person or the subject matter. It’s a nice benefit if the value increases, but that shouldn’t be the goal. Autographs can be speculative investments, as the drop in most collectibles showed after 2008.

How do you think changing demographics will affect the collecting field?

I’m bothered that so many people, especially younger adults, don’t know history and don’t really care to learn. As older collectors leave the hobby, who will replace them? Items may become more available if there are fewer collectors, but in the long run, what will happen to the hobby itself—and will the history still be preserved?

Electronic communication also is taking a toll. Handwritten letters and personal checks are becoming extinct. Some schools don’t teach cursive writing anymore. Who wants to collect printouts of e-mail or printed screen shots of text messages? We’re losing the personal preservation of thoughts on paper. That may make letters rare, but it’s bad for the autograph hobby.