Home/Meet The Board/2022 Officers and Trustees Elected

Board of Trustees and Officers

At the first in-person meeting since 2019, the May 2022 business meeting was held in Williamsburg, Virginia. The attending membership approved the new officers and the new members of the Board of Trustees. Here are the Officers and Board of Trustees of The Manuscript Society. 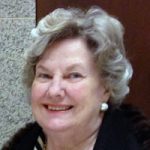 Ellen has served on the board as Vice President from 2020-2022 and currently chairs the society’s Scholarship Committee.  Ellen is a Texas native. Before retirement, Ellen taught history, primarily at San Antonio College. Her publications include textbook guides for Harper & Row and articles on colonial Latin America. Ellen studied at Mount Vernon College in Washington, DC, as well as the National University in Madrid and Tulane University in New Orleans. She holds an MA and a PhD from the University of Virginia. 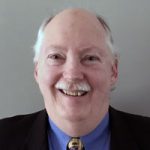 Jim is a collector who recently retired from a career in technology management and consulting. (He holds graduate degrees in computer science and philosophy from Indiana University.) Jim is a long-time collector. Some of his earliest memories are of working on his stamp collection with his grandmother in the late 1950s. More than 30 years ago, he began collecting antiquarian books connected to polar exploration and voyages. From there, his collection expanded into related manuscripts. Jim has contributed articles to Manuscripts including about a letter from Jane Franklin, wife of the Arctic explorer John Franklin and an article about a Fridtjof Nansen letter in his collection. 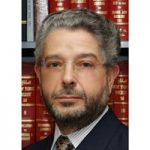 Anthony continues as Treasurer.  While on a European holiday he met Bill Coleman, then President of the Society, who introduced him to the pleasures of collecting and gave him a gift membership. He joined the Manuscript Society in 1987. In his professional life Anthony is an attorney and his collecting tastes run to the eclectic.  Anthony has been Treasurer of the Society since 2004. 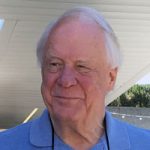 Stuart Embury (2023) is a family physician who retired in 2006 from a practice in Holdrege, Nebraska. Post-retirement, he has served as a temporary physician in Alaska and several East Coast states. For more than four decades, he also has led surgical teams in Haiti. As a newly minted MD, Stuart began collecting prints and art books. His collection grew to 11,000 arts books and catalogs. In 2010, he donated the collection to the University of Nebraska. Since then, he has branched into collecting American artist letters, documents, and archives. Stuart chairs the Manuscript Society’s Honors Committee.

Gerald “Jay” Gaidmore (2024) is the Marian and Alan McLeod Director of the Special Collections Research Center at William & Mary. He has more than 20 years’ experience as an archivist with the Library of Virginia, Brown University, and the University of North Carolina at Chapel Hill. Previously on the Virginia State Historical Records Advisory Board, he is now president of the Williamsburg Historic Records Association. Gaidmore holds an MA in history from Old Dominion University and a Master of Library and Information Sciences from the University of South Carolina. 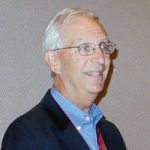 Dan Hamelberg (2023) of Champaign, Illinois, has collected autographs and manuscripts for some four decades. Among his collections are autograph letters signed by US presidents while in office as well as material from Declaration of Independence and Constitution signers. He also collects Revolutionary War maps, printed forms of the Declaration, and other notable early American documents and books. An aficionado of rare American coins, he is a trustee of the American Numismatic Society and a past president of the Numismatic Bibliomania Society. (His library of American numismatic literature is considered the best in private hands.) Apart from his collecting life, Dan is chairman of the University Group, an Illinois real estate holding company.

Peter Klarnet (2024) is a specialist in early Americana. He has brought many major collections to sale, among them the papers of Norman Cousins. In 2016, Klarnet joined Christie’s, New York as the senior specialist for manuscript Americana. There he has worked with the papers of the Marquis de Chastellux, the Findlay-Wright Papers, the Roger Judd Collection of American Historical Autographs, and the Louisiana Purchase Collection of A. J. Tullock. He also brought the Albert Einstein “God letter” to auction, achieving a record $2.89 million. 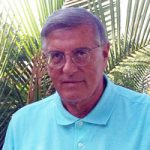 Vernon R. Morris Jr. (2023) is an orthopedic surgeon now retired to part-time medical-legal consulting. Like many children of the 1950s, he collected postage stamps. But Vern really put his stamp on the philatelic field. Twice, the United States Philatelic Classics Society gave him its Susan McDonald Award for his publications in the Chronicle. He also received several Editor’s Awards for best article of the year and has been asked to serve as the group’s membership chair. At last year’s Balpex Show, he won the Single Frame Grand Award. That enters him in the National Championship in November. Vern collects documents from many periods in American history and finds colonial and Revolutionary America of particular interest.

Scott Mubarak, MD, (2024) is surgeon in chief at Rady Children’s Hospital and professor of orthopedics at UC San Diego School of Medicine. He also is a past president of the Pediatric Orthopedic Society of North America. Last year he received the Nicolas Andry Lifetime Achievement Award. Dr. Mubarak has been interested in history throughout his career and has published papers about the lives of physicians. He served as a Manuscript Society trustee from 2012 to 2018. His collecting interests are poetry, science, space, and South Pacific history. 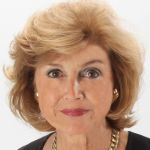 Dianne Garrett Powell (2025) has built a career in marketing and management for nonprofits and for-profit businesses. A longtime resident of San Antonio, Texas, she has volunteered with over 40 local and national organizations. Her collecting focuses on maps, with an emphasis on world maps by early cartographers. Besides the Manuscript Society, she serves on the board of the Phillip Lee Phillips Society of the Library of Congress Geography and Map Division.

George Snook (2023) comes to the board with some history. His father, of the same name, was a longtime member of the Manuscript Society. In fact, history is a running theme for George. He earned a BA in history from the University of New Hampshire and followed it with an MA in European history from Fordham. He went on to teach history, retiring from the Packer Collegiate Institute in Brooklyn last year. George collects rare books, antiques, and manuscripts.

Bob Snyder (2025) is a dealer and auctioneer of historical documents, manuscripts, books, antiquarian materials, and collectibles. He learned from the best, including his parents, Phil and Elaine. Now Bob heads the family business, Cohasco Inc. in Yonkers, New York. Bob is one of the youngest writers ever published in Manuscripts. In 1970, at age 15, he penned an article on his discovery of a Pennsylvania diary recording the Johnstown Flood. Even before then, manuscripts were an all-consuming interest, and they still are today.

Carolyn Hoover Sung, PhD, (2024) has been a Manuscript Society member since about 1970. She is the chairperson of the Publications Committee. A historian, librarian, and archivist, she spent a half-century career at the Library of Congress. In her retirement, she volunteers in the Manuscript Preparation Section. She is a much-published expert in American book and manuscript collecting as well as in editing and preserving library materials. Her interests include 19th-century publisher and politician Peter Force. She holds a PhD in American studies from George Washington University.