Not long before Dave Smith’s unanticipated death, Manuscript Society Board of Trustees member, Kevin Segall sat down with Dave to interview him about his career, collecting interests and any advice he had for young people interested in archives.  That interview from in the Spring issue of Manuscripts, is shared here.  After his death, the society dedicated the entire issue to Dave Smith and it contains four articles he wrote over the years on collecting.

KS: What was your background before becoming the Disney archivist and how did you begin your career?

DS: I studied to be a librarian at the University of California, Berkeley, and was chosen at graduation for an internship at the Library of Congress in Washington.  I remained in Washington for a year and a half, then returned to California to a job as reference librarian in the University Research Library at UCLA.  After compiling a comprehensive bibliography on Walt Disney shortly after his death in 1966, I came to the attention of The Walt Disney Company, which retained me to  prepare a proposal for a Walt Disney Archives, to collect and preserve the history of Walt Disney and the company he founded.  I was then hired as the founding archivist of the Walt Disney Archives in June of 1970, and worked in the same job for over 40 years, until my retirement in 2010.

KS: When you arrived at Disney, what, if any, efforts had been made to archive their materials?

KS: What kind of shape were they in?

DS: Some departments had kept orderly files of their product, others not so much.  Of the latter, for example, some files of animation art and music scores were stacked high in cardboard boxes stored under water pipes in a leaky basement.  The lower boxes in the stacks were being crushed by the boxes on top of them.  Most of the departments did not know what they had, and others took little care of their files–if a Danish publisher wanted to reprint an early Disney book, for example, they might send them their only file copy.

KS: How did you go about collecting and organizing the Disney archival materials?

DS: My first effort was to try to save and preserve the oldest material, and the files that were in danger of being discarded.  I was given a master key so I could snoop around in all the company’s attics, basements, storerooms, and closets where materials had been stored.  Many materials had been boxed up and filed away, and forgotten.  I acquired some storage space and purchased metal shelving units along with acid-free boxes and folders.  I publicized the Archives in various company house organs and employee newsletters, so people would know just what types of materials we were collecting.  I also arranged historical exhibits throughout the company, using materials from the Archives.

KS: How did you decide what to keep from new and ongoing projects?

DS: The types of materials we collected varied through the years as we learned what type of questions our users (company employees) would be requesting.  Some materials we collected early on, no one ever asked to see.  Generally our collection initially consisted of personnel files, correspondence files of Walt and Roy Disney, awards, photographs, books and comic books, merchandise samples, company publications (annual reports, etc.), publicity files, posters and lobby cards, old legal contracts, records and CDs, video cassettes and DVDs, and from Disneyland such items as menus, press releases, ticket media, employee handbooks, newspaper clipping files, company phone directories, etc.

KS: Have you had to deal with issues of theft or forgery in your career as Disney archivist?

DS: Walt Disney’s autograph has always been scarce and expensive, so forgers abound.  Forgers have also tried their hands at forging Disney drawings.  Forgery is annoying, but there are usually experts who can recognize the real thing.

KS: What advice do you have for young people interested to become an archivist?

DS: Someone wanting to be an archivist should have a serious background in history.  They should know how to do historical research so that as archivists they can know how to arrange their collections in order to make research easier by their researchers.

KS: Have you ever been a collector yourself? If so, of what?

DS: I began collecting autographs with movie stars when I was a kid.  Then I majored in history in high school and college and began collecting historical autographs.  My main interest was U.S. history and primarily the Civil War era, and I compiled a very respectable collection of the generals on both sides of the conflict, with my collection of Union Generals becoming one of the most complete in the country.  My interest in General Ben Butler’s Civil War administration of New Orleans in 1862 led to a comprehensive collection related to that subject.  I also collected other aspects of U.S. history, including Signers of the Declaration of Independence and Constitution, Presidents, Vice Presidents, Cabinet Members, First Ladies, Speakers of the House, and members of the Supreme Court.

KS: Who were your mentors and major influences?

DS: My earliest mentor in my historical collecting was H. Stanton Hill, a member of the Manuscript Society and professor of geology at Pasadena City College.  We became good friends while sharing an interest in historical manuscripts.  I joined the Manuscript Society around 1958 but was not active until 1963 while I was in Washington and the Society’s annual meeting was held there.  I attended several of the sessions, and was mentored by Herbert Klingelhofer, one of the founders of the Society, who was leading that meeting.  He got me interested in attending the meetings of the Washington D.C. chapter of the Society.  Back in California, I was mentored by William R. Coleman, a leader of the Southern California chapter who later became President of the Manuscript Society.

KS: What areas and changes in collecting interests have surprised you the most in terms of popularity and “flops”?

DS: The interest in Civil War collecting seems to have peaked during the 100th anniversary of the conflict in the 1960s, but has softened a lot in recent years.

KS: What items you have handled have excited you the most?

DS: Besides my historical collection, I also became interested in some literary subjects, most notably author Willard Huntington Wright who wrote a dozen vastly popular detective novels in the 1920s and 1930s under the pseudonym of S. S. Van Dine.  I was lucky enough to acquire assorted significant letters and documents from Wright’s family and his personal secretary.

KS: In the last few decades have you seen the collector change: fun/passion vs. investment?

DS: I always felt that collectors should collect because they enjoy collecting, and not as an investment.  Certainly that has shown to be true these days, for as I decide to part with items from my collection it is rare when I can get even as much as I paid for an item 50 or 60 years ago.  Being a collector means being a detective—searching out just the right autographs to have in one’s collection.  Some pick a category, such as Presidents or Civil War generals and try to acquire as complete a representation as possible.  There is nothing more satisfying than finding an elusive, long-searched-for autograph.

KS: When and how did you become involved with the Manuscript Society?

DS: It was recommended that I join the Manuscript Society when I first became interested in historical autographs.  I joined in 1958.  When I was able to begin attending the annual meetings, I was thrilled to find others who were as interested in manuscript collecting as I was.  Annual meetings were always a joy because they gave attendees opportunities to see other fabulous collections that had been lovingly pulled together, whether by an institution or an individual, in key cities all around the world.  I was elected a Trustee of the Society in 1977, and Vice President in 1980, leaving that position later the same year to become Executive Director.  It was an honor to serve in that post for 21 years, longer than anyone else.

This interview is part of the on-going series “Collecting Conversations.”

Kevin Segall is a board member of the Manuscript Society and contributor to Manuscripts, as well as a member of ASIFA and the National Cartoonists Society. He can be reached at https://KevinSegall.com. 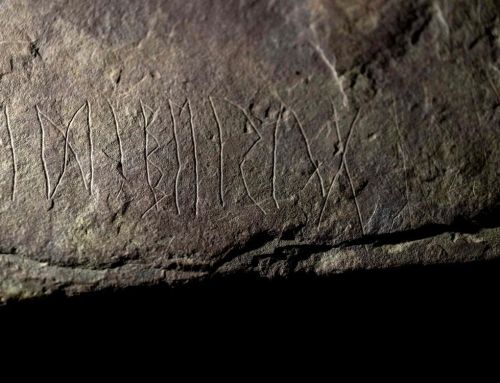 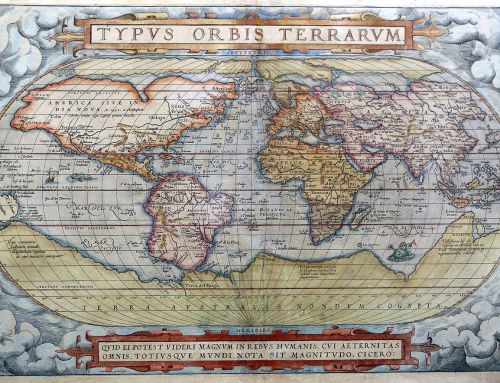 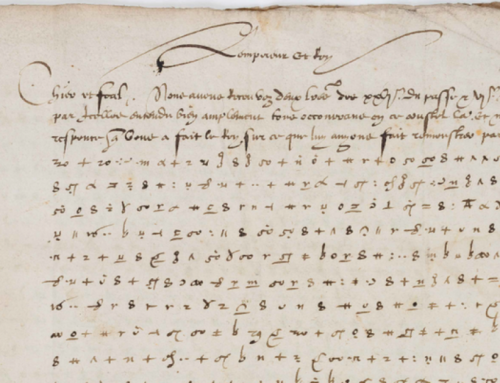