Society Board of Trustees – Class of 2022

Home/Meet The Board, News/Society Board of Trustees – Class of 2022

Society Board of Trustees – Class of 2022

In Boston, MA at the annual meeting of the Manuscript Society in April 2019, the general membership in attendance elected the following individuals to become the Class of 2022 to join the Board of Trustees. We are fortunate that some renewed their service and we have also added new members. 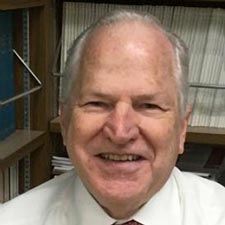 Richard Ellis, MD, is a pathologist and founder of Affiliated Pathologists Medical Group. He is a member of the medical staff of Providence LCM San Pedro Hospital in San Pedro, California. Since his recent retirement, he has more time to collect and research letters, manuscripts, and photographs in the history of medicine and science. For more than a decade, he has been a reader at the Huntington Library in San Marino, California. Richard has been a member of the Manuscript Society for more than 15 years and has served on the board since 2016. 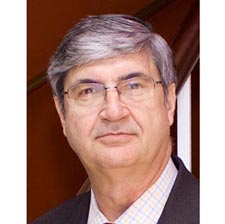 Alfred Lemmon is director of the Williams Research Center at the Historic New Orleans Collection and its curator of manuscripts. His books include French Baroque Music of New Orleans. Among his honors are the Order of Academic Palms, the Spanish Order of Isabel the Catholic, and a Lifetime Contribution award from the Louisiana Endowment for the Humanities. Alfred organized the Manuscript Society’s expeditions to Paris, Spain, and the Netherlands. Alfred returns for a second term on the board. 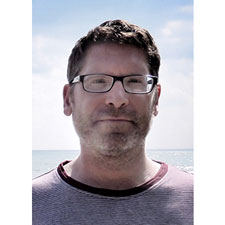 Bill Van Laethem, CPA, CMA, is an officer of Canadian National Railway and a Chartered Professional Accountant in Montreal. He has been collecting since 1990, focusing on autographs of any significant Canadian in history. His collection includes a complete set of autographs of every Canadian prime minister since the country’s birth in 1867 and an autograph letter signed by Thomas D’arcy Mcgee (1825–1868), one of only two Canadian politicians ever assassinated. Bill has been a member of the Manuscript Society since 2011 and a trustee since 2016. 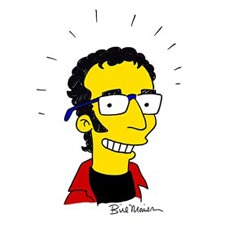 Kevin Segall returns to the board after taking a year off, his first since 2012. He is the proprietor of Collector’s Shangri-La in Los Angeles. A lifelong autograph hound, he caught the collecting bug when he was nine years old and hasn’t looked back. He’s an active member of the Ephemera Society, the National Cartoonists Society, and the Universal Autograph Collector’s Club. Kevin is a regular contributor to Manuscripts and the News. He received the President’s Award for service to the Society in 2012. 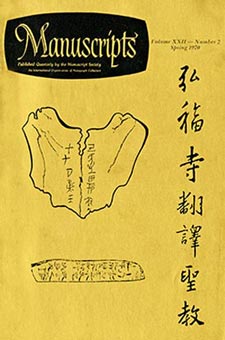 Bob Snyder is a dealer and auctioneer of historical documents, manuscripts, books, antiquarian materials, and collectibles. He learned from the best, including his parents, Phil and Elaine. Now Bob heads the family business, Cohasco Inc. in Yonkers, New York. Bob is one of the youngest writers ever published in Manuscripts. In 1970, at age 15, he penned an article on his discovery of a Pennsylvania diary recording the Johnstown Flood. Even before then, manuscripts were an all-consuming interest, and they still are today. A longtime member, Bob will be a first-time trustee.