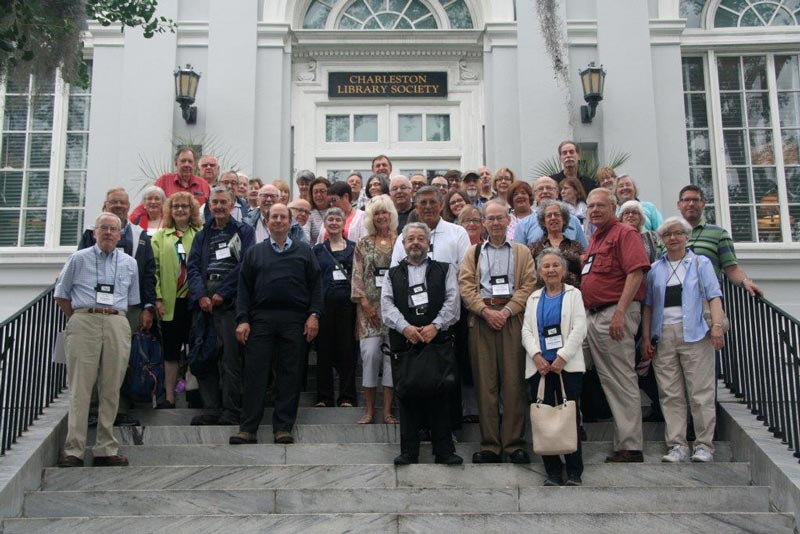 The Manuscript Society 2016 Annual Meeting in Charleston, South Carolina was an extraordinary edition of an event that has now been held for over 60 years. We were based at the Francis Marion Hotel in Charleston, with a post meeting day spent touring Magnolia and Middleton Plantations.

To set the scene we had 3 informative lectures on Low Country history. Our experts were: Nicholas Butler of the Charleston County Public Library reviewing Colonial and Revolutionary eras, George Loud of the Coastal Museum of Hilton Head describing events of the Civil War, and Harlan Greene of the College of Charleston’s Addlestone Library presenting Charleston’s history from the post Civil War era to the present. . 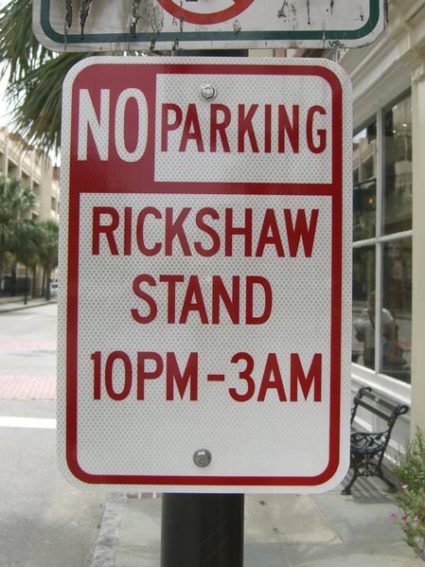 During this meeting we toured the city by horse drawn carriage and by bus, and visited amazing repositories of manuscripts, books, and art, seeing (as usual for Manuscript Society Annual Meetings) items not typically displayed for casual visitors, and meeting archivists proud to show the treasures of their institutions. Those Charleston institutions who graciously hosted us included: The Addlestone Library, The Charleston Library Society, The Avery Research Center for African American History, The Waring Library of the Medical University of South Carolina, The Charleston Museum, and The Confederate Museum.

The “big names” we encountered in their letters and documents included Carolinians such as the Pinckneys, Draytons, Rutledges, and Middletons.  The Draytons’ estate, Magnolia Plantation has gardens to rival Giverny. The amazing Middleton family had Henry who was president of the First Continental Congress; his son Arthur, a Signer of the Declaration of Independence; and grandson Henry who was Governor of South Carolina. The Middleton Plantation’s well-preserved family home has 3 paintings by Benjamin West, who himself had lived in Charleston for a time. 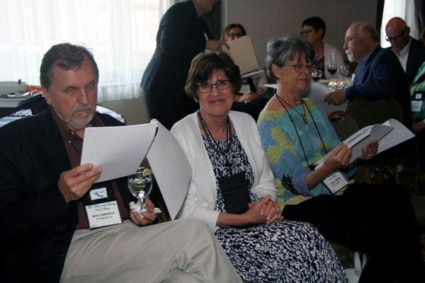 At the Avery Center we saw a collection of documents illustrating the active participation of former slaves in the city’s commerce, as well as “slave badges”, the later previously unknown to many of us. There was also on display photographs and documents of the Charleston native, Freddie Green, best known rhythm guitarist in the jazz world as the foundation of Count Basie”s rhythm section. Another highlight of the meeting was the original manuscript of “Porgie” by DuBose Heyward on display at the Library Society.

Finally, all Annual Meetings have memorable food. Our days in Charleston included the opening reception at the Francis Marion Hotel with our usual auction of donated autograph material to benefit the Society, the members fueled by consumption of a prodigious amount of roast beef from a bountiful buffet. Also to be remembered: shrimp and grits at the hotel’s Swamp Fox Restaurant, fried green tomatoes at Magnolias, fried chicken at a private buffet at the Middleton Plantation, and a variety of delicious snacks at a reception at the home of Manuscript Society member and well known autograph dealer Jim Hayes and his wife Gloria.  There is no chance of hypoglycemia at our Annual Meetings.

Next year’s meeting will be centered in the Bay area with our hotel in centrally located Oakland, California. Don’t miss it!