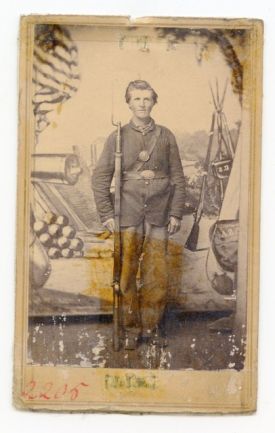 During the Civil War years, hundreds of thousands of young soldiers wrote letters home. The soldiers, often poorly educated, had never even addressed a letter. The recipient’s name and address on the envelopes were undecipherable. Sweeping changes to postage requirements and the interruption of mail in the seceded states also heavily impacted the delivery of letters. Those letters that could not be delivered were processed by the Dead Letter Office.

Many of these letters contained photos of the soldiers. By the end of the conflict, thousands of photos remained undelivered. They lingered in a photo album of sorts in a Post Office storeroom. There was little hope of finding their destination. Then Third Postmaster General Alexander Zevely arrived on the scene. He served from 1859-1869 and conjured up an innovative idea. He ordered the photos to be displayed in the Dead Letter Office Museum.

For the next fifty years after the war, the employees of the Dead Letter Office went to extraordinary efforts to return these images to a rightful recipient. Melissa Winn will share photos of her collection of Dead Letter Office images and tell the touching story of these interrupted sentiments and the noble efforts by many to send them home. 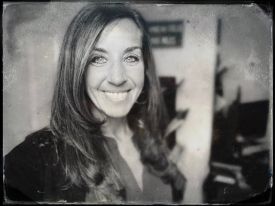 Melissa A. Winn is the director of photography for HistoryNet. Melissa is a photographer, writer, editor, and collector of Civil War photographs. She is a member of the Professional Photographers Association, Authors Guild, and the Center for Civil War Photography. She’s also an avid runner and triathlete.