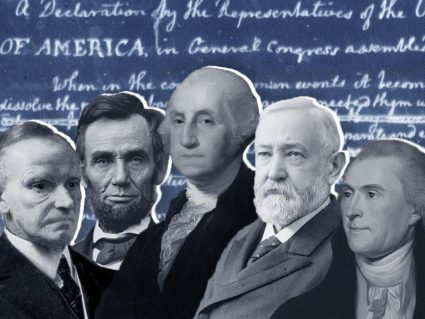 Presidential Papers: All On Line

The project began twenty years ago. The plan: Digitize all of the presidential papers in the Library of Congress’ collections. Staff members uploaded more than 3.3 million images to the online portal.  The images include items from George Washington through Calvin Coolidge.

The LOC and the National Archives house the majority of presidents’ personal papers.  But there are several exceptions.  The writings of John Adams and John Quincy Adams belong to the Massachusetts Historical Society. Plus, the Ohio Historical Society houses Warren G. Harding’s papers.

As Janice E. Ruth, chief of the library’s manuscript division, noted, “Arguably, no other body of material in the Manuscript Division is of greater significance for the study of American history…. They cover the entire sweep … from the nation’s founding through the first decade after World War I, including periods of prosperity and depression, war and peace, unity of purpose and political and civil strife.”

National Archives and Records Administration, which is also based in D.C., oversees the presidential libraries of 31st President Herbert Hoover and his successors.)

For the entire Smithsonian article