Society Board of Trustees – Class of 2023

Home/Meet The Board, News/Society Board of Trustees – Class of 2023

Society Board of Trustees – Class of 2023

Below is the list of society members who have committed to service on the Board of Trustees for the next three years. Two are brand new and three have taken on a second term. We thank them all for their commitment to the society.

The 2023 Class of Trustees of the Manuscript Society: 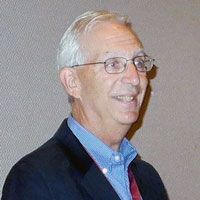 Dan Hamelberg of Champaign, Illinois, has collected autographs and manuscripts for some four decades. Among his collections are autograph letters signed by US presidents while in office as well as material from Declaration of Independence and Constitution signers. He also collects Revolutionary War maps, printed forms of the Declaration, and other notable early American documents and books. An aficionado of rare American coins, he is a trustee of the American Numismatic Society and a past president of the Numismatic Bibliomania Society. (His library of American numismatic literature is considered the best in private hands.) Apart from his collecting life, Dan is chairman of the University Group, an Illinois real estate holding company. 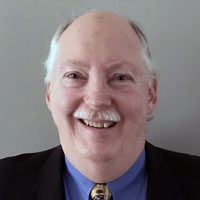 Jim West is a collector who recently retired from a career in technology management and consulting. (He holds graduate degrees in computer science and philosophy from Indiana University.) Jim is a long-time collector; some of his earliest memories are of working on his stamp collection with his grandmother in the late 1950s. More than 30 years ago, he began collecting antiquarian books connected to polar exploration and voyages. From there, his collection expanded into related manuscripts. Jim contributed an article to Manuscripts about a letter from Jane Franklin, wife of the Arctic explorer John Franklin. Another article, about a Fridtjof Nansen letter in his collection, is in the works. Watch for it in a future issue.

Elizabeth H. Dow created and directed the archives track at Louisiana State University. She is the Franklin Bayhi Professor Emeritus in its School of Library and Information Science. Much of her work there focused on the problems of archivists in small institutions, where the bulk of the country’s historical records and papers reside. Her involvement with the Manuscript Society goes back to 2001. She drew upon her experience with the society in her third book, Archivists, Collectors, Dealers, and Replevin. Her most recent book gives helpful tips on How to Weed Your Attic: Getting Rid of Junk without Destroying History. 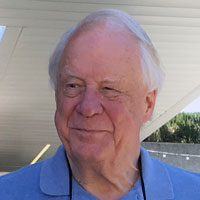 Stuart Embury is a family physician who retired in 2006 from a practice in Holdrege, Nebraska. Post-retirement, he has served as a temporary physician in Alaska and several East Coast states. For more than four decades, he also has led surgical teams in Haiti. As a newly minted MD, Stuart began collecting prints and art books. His collection grew to 11,000 arts books and catalogs. In 2010, he donated the collection to the University of Nebraska. Since then, he has branched into collecting American artist letters, documents, and archives. Stuart chairs the Manuscript Society’s Honors Committee. 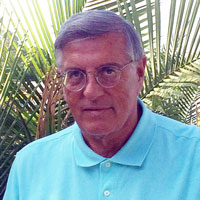 Vernon R. Morris Jr. is an orthopedic surgeon now retired to part-time medical-legal consulting. Like many children of the 1950s, he collected postage stamps. But Vern really put his stamp on the philatelic field. Twice, the United States Philatelic Classics Society gave him its Susan McDonald Award for his publications in the Chronicle. He also received several Editor’s Awards for best article of the year and has been asked to serve as the group’s membership chair. At last year’s Balpex Show, he won the Single Frame Grand Award. That enters him in the National Championship in November. Vern collects documents from many periods in American history and finds pre-Revolutionary and Revolutionary America of particular interest.