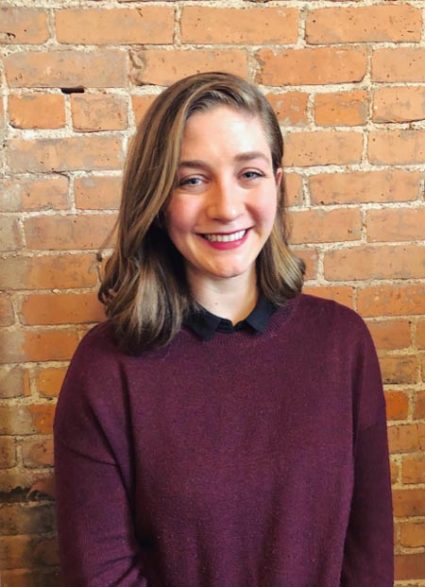 Taylor A. Sims is named the 2019 Richard Maass Research Grant recipient to support her work on “Everyday Women and the English Reformation: Gender and Religion in the Diocese of Salisbury, 1450–1600.” This year’s $5,000 grant supports her research in varied manuscripts. Sims, a PhD candidate at the University of Michigan, will use the grant to help fund two months at three archives: the Wiltshire & Swindon History Centre, the Dorset History Centre, and the Berkshire Record Office.

Taylor explores the lives of everyday women at an extraordinary time. You could say the English Reformation started over a woman. The pope wouldn’t give Henry VIII an annulment so he could marry Anne Boleyn. What happened next was the English Reformation. So far, ordinary women have been written out of the narrative. Until now.

Taylor’s reasons for the trip go directly to the heart of the grant and the Manuscript Society itself. Up to now, she has relied on digitized documents, microfilm and facsimiles. Unfortunately, digitized documents are wills and tax records, visitation reports and church wardens’ accounts. These do not deal with everyday women. That treasure trove is found in county and parish archives just waiting to be explored. By going deep into the records in one diocese, she hopes to show how the Reformation played out in women’s lives in real time.

Sims holds a Master of Arts in history from Baylor University. Her thesis, “Verie Needfull for this Time” examined how women were shown in English prayer manuals of the 16th century. To prepare for the next phase of her research, she took paleography training at the Folger Shakespeare Library, so she can hit the archives running. She notes, ” my research is only made possible through the expertise and support of archivists and staffs.” Her trip to England will be no exception.

Her application—the first win for the University of Michigan—was chosen by the Manuscript Society’s Scholarship Committee, chaired by Ellen Myers. Joining her on the committee were Dick Cameron, Ellen Clark, and Bob O’Neill. The grant is named in memory of Richard Maass, a philanthropist and prominent collector of American historical manuscripts. He was a founder and early president of the Manuscript Society.