Autographs I have Known: George Vogt

Autographs I have Known: George Vogt

Manuscript Society members come from various backgrounds and quite diverse interests. Collectors, archivists, historians, dealers, universities, historical societies, private libraries and so many others. All have in common the love of paper: signed letters, manuscripts, photographs, preserving history in all of its forms. George Vogt, past president and fellow of the society shares some of his favorites: signed letters and books lost from over the years.

Autographs I Have Known

I’ve always been more a historian and administrator than a collector of manuscripts, but interesting things have come my way over the years. Some have come and gone, and there was one definite “darn it” moment.

I attended high school in East Grand Rapids, Michigan, which happened to be Jerry Ford’s official residence while he served in Congress. Each year, he visited the high school to speak to the government classes and answer questions. I attended the 1961 session in my junior year. My buddies and I were oh-so-unimpressed with the generalities and artful dodging of a career politician. A future president? Not a chance. The next year, in 1961–62, I edited the school newspaper and asked Representative Ford for his views on education. He sent a long TLS, and we published excerpts. I presented the letter to Miss Prang, the school librarian, and I remember the look on her face as she wondered what in the world to do with it. I’ve no idea whether the library still has it. Later that year, I received another letter from Ford after I won a big college scholarship. That one I kept and still have, along with a third letter declining my services as a college intern. (I needed money; he didn’t pay.)

Time passed, and Jerry Ford became the 38th president of the United States. When his presidential library and museum opened in Ann Arbor and Grand Rapids, respectively, I asked one of the staffers if those early letters were likely to be personally signed. Yes, indeed, was the answer; as a congressman he signed his own correspondence and did not use an autopen until he became president.

The memorable autograph scored by, darn it, not me happened during a meeting of the National Historical Publications and Records Commission, where I worked for a decade. During my tenure on staff, the members always included a Supreme Court justice (Brennan, Blackmun, and Rehnquist), as well as senior congressmen and senators and eminent historians. All of the justices attended and participated robustly in the discussions.

Just before one meeting, Bob Woodward and Scott Armstrong published The Brethren, a book about the Supreme Court that the justices despised. Our executive director’s secretary got a copy, attached herself to Justice Blackmun, and asked if he would mind inscribing it for her. Our executive director turned pale, and we all held our breath to see what would happen. Blackmun grinned and said, “Why, sure.” He scribbled and handed the book back.

After the meeting, we all crowded around to see what he had written. It was: “Don’t believe everything you read. Harry Blackmun.” I wonder if there is any other copy of that book signed by a Supreme Court justice. 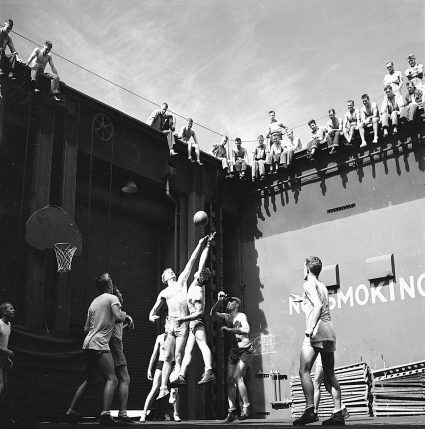 George Vogt has served as executive director of the South Carolina Department of Archives and History, Wisconsin Historical Society, Hagley Museum and Library in Delaware, and Oregon Historical Society. He is a fellow and past president of the Manuscript Society.

For other stories on collecting and what is happening in the collecting world explore the Collectors Corner.