This event has passed.

“Go forth and learn”: The Artist Joel ben Simeon and a Newly Discovered Hebrew Manuscript – A Webinar 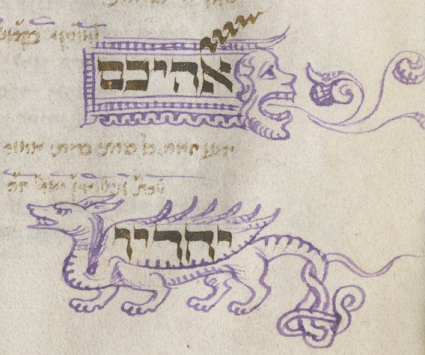 Joel ben Simeon was a fifteenth-century Jewish scribe and illuminator.  Trained as an artist and scribe in Germany he spent most of his itinerant career in the book arts in northern Italy. The fifteenth-century was a time of great religious uncertainty, economic opportunity, and cultural exchange.

Simeon is one of the best illuminator-scribes, Jewish or Christian, in the fifteenth century. He is most famous for his colophons and his signed works. But now a new manuscript with more than 300 drawings by the hand of Simeon, is prompting a reassessment of his career and times. .  This manuscrhpt  highlights another side of him.  He depicts himself as a traveler in one manuscript. He suggest we, “Go forth and learn.”

This event is a joint program between Fordham Jewish Studies and Les Enluminures, organized by Sandra Hindman, Professor Emerita of Art History, Northwestern University, and President and Founder, Les Enluminures and Sharon Liberman Mintz, Curator of Jewish Art, The Library of the Jewish Theological Seminary, and Senior Consultant, Judaica, Sotheby’s.