Four members of the Manuscript Society, who asked to remain anonymous, have donated $37,000 to the Replevin Fund—a fund the Society uses to support members faced with challenges from government authorities which try to claim ownership manuscripts and documents in the possession of Society members.

One of the goals of the fund is to help members understand their rights; another is to help the courts understand the issues involved and provide information through “friend of the court” legal briefs. The Society also keeps its members informed about replevin actions and their outcomes through articles in the News and Manuscripts.

In a South Carolina case involving Confederate manuscripts in the hands of the descendants of a Civil War general, the U.S. Court of Appeals late in 2006 upheld a lower court ruling in favor of the descendants. (See the News, No. 4, 2006). Recently, a U.S. District Court in Virginia ruled in favor of the private owner of a broadside of the Declaration of Independence which had been claimed by the state of Maine. 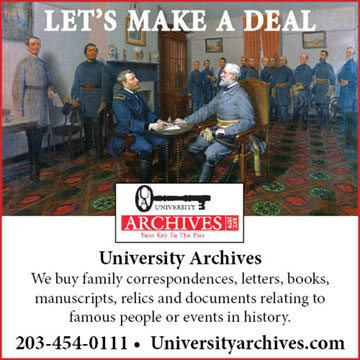